Opium Club London is the modern innovative restaurant and nightclub brought from Spain. Settle in Rupert Street on the former legendary Dstrkt Club, Opium London is the new venture of Grupo Cot Este. The Spanish group which owns Opium in Barcelona, Marbella and Madrid, also expanded their portfolio outside Spain for the first time. There was no better choice than a perfect location in Soho. In fact, the area is full of luxurious hotels, restaurants and other venues like Café de Paris and 100 Wardour Street. Being in such strategic position, the club clientele will be not less than our regular elite clubbers and few wealthy tourists which already know the venue`s name.

Keeping the same concept as the other three venues, Opium London is also a combination of a restaurant, bar and nightclub. The design is also very innovative and modern with futuristic lightning. The space is very generous despite all other clubs in London. We expect to see famous international Djs such as Tiesto, David Guetta, Hardwell, Lost Frequencies and Nicky Romero to play the best electronic music of the moment. Despite the Spanish closing times, Opium Club London stays open till 3am according to our regulations.

The club and the restaurant are not the same business. Hence, if you have a restaurant reservation you do need to get on the Opium Club guestlist to join the party. The restaurant is specialized in light meals which are served at the bar or at the club tables all night long. As many restaurant-clubs in London, the Opium Club strategy is similar. Once dinner finish the tables are removed and the dance floor reveals.

Age restriction at Opium Club London is 18+. Identity requirements such as ID card, passport or drive license are mandatory for the younger and the older. If you want to step into Opium guestlist be ready to dress to impress. Guys wear smart, elegant, shoes are a must, shirt and trousers. Never wear trainers, sneakers or designer shoes, no matter how expensive, the door-staff will not let you in. For ladies heels are mandatory, not necessary high, but definitely no trainers, flat shoes or ballerinas. If you wear a nice slim jeans and a top with the appropriate shoes you will be on board. In general avoid casual outfit. 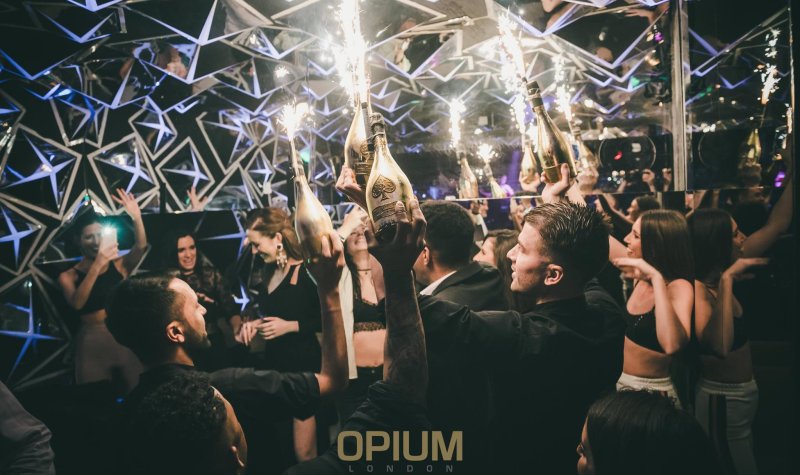 Opium Club guestlist operates every Tuesday, Friday and Saturday. We can`t wait to release more info about the guestlist. To get on the Opium guestlist please use the form on the right. If you feel in the mood to splash some cash we suggest to book a table. To have a quote fill the “Table Booking” form on the right or simply check our table booking page.

What we think about Opium Club London.

Opium Club had a short life in London and despite the initial positive feedback we received, the venue become soon the most painful in term of the queue. Clients were kept hours outside the club even if arriving before the club opening. The dress code rules at Opium London were as strict as the other top venues: high heels and sexy for ladies, trousers with a shirt and smart shoes for gents. However we have seen some guests wearing trainers and other casual outfit. 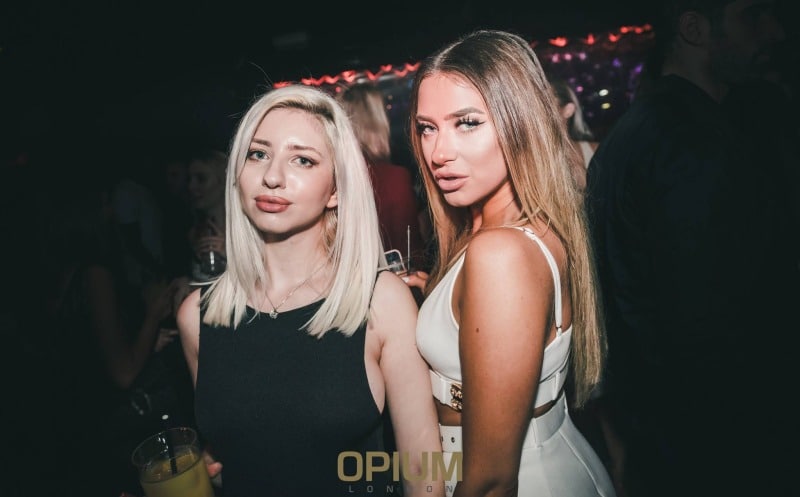