The aim of this page is to clarify some basic concepts about how to enter to the best London clubs. Most of you readers are new in London or new in this amazing world, most of you are coming from different countries where “guestlist” and “entry” have different meanings. We are in London, the busiest and most wealthy city in the World, where nightlife is not just fun but it is a real business, a never sleeping money machine. 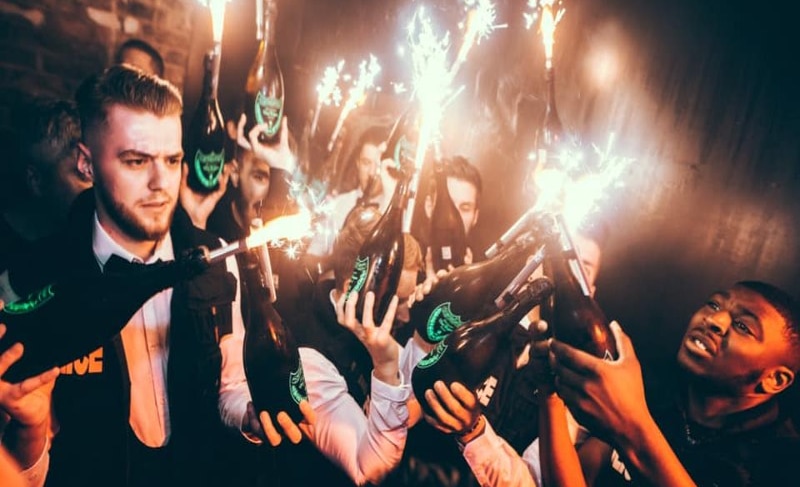 HOW TO GET INTO A NIGHTCLUB: THE GUESTLIST

To get access the best London clubs is not easy. It is not possible to buy tickets as for Ministry of Sounds or also Heaven. You can`t just walk in as Tiger Tiger or Ruby Blue Bar or other clubs in Soho or around Leicester Square. You need much more. To get into the best London nightclubs you need to be on a guestlist.

☛ How does the guestlist work?

Technically you need to know the name of a guestlist which is operative at the club you want to go. When you arrive at the club, you queue up and you say to the door-lady you are on XXXX guestlist. The club door-lady is the club door-staff figure which separates the first people in the line and the club entry she holds a clipboard with some spreadsheets and all guestlists operative at the club. If you do not mention the right guestlist name, the door-lady will not let you in. There is nothing you can do, once you tired once and for some reasons your entry has been denied you won`t get in.

Clubs, except rare o special occasions, do not need your name to be written on the list as you might have experienced in some other cities. You might think to arrive at the club, queue up, reach the door lady and say: “Hi, I am Harry Potter, I put my name on the guestlist”. This does not work in here! The London guestlist is an open list, therefore, as long as you know the guestlist name you are entitled to get in.

☛ If I am on the guestlist is my entry guaranteed?

The answer is no. The reason is very simple. What we call West-End nightclubs are technically private members clubs. Despite the real private members clubs like Annabel`s, The Arts Club or Tramp, where you need to be selected and pay an expensive fees for your annual membership, the other clubs do not release membership and the entry is restricted to a guestlist or table booking only. On a second level the entry is on discretion of the door-staff. This means that everybody that is in the queue, to be allowed to get in, besides being on a guestlist, needs to follow the club dress code rules and other policies as explained below. Failure to comply with the club requirements will entitle the door-staff to put you aside the queue and deny your entry. All guestlist are the same. If you do not get in with a guestlist you won`t get in with another guestlist either. So, do no try to fool the door-staff talking with a street promoter after you entry has been denied. If this has happened there is a reason and your guestlist provider is not responsible for that.

☛ What are the benefits of being on the guestlist?

If you ever wonder why you need a guestlist to get into a nightclub in London we have just seen above that this is a way the clubs managements can control the crowd inside the venue. So, do not be surprised if you see people not getting in even if they are on a guestlist.

Here is a summary of what you get being on the guestlist:
• First of all, you are entitle to get in. Remember, no guestlist no entry! Of course your group needs to be approved from the door-staff.
• Ladies have sometimes free or discounted entry before a certain time.
• Some guestlists, being associated to professional organizers (promoters and promoters companies), will entitle you to seat at the organizer s “hosting table” where they will offer you free drinks. Standard complimentary drinks will be vodka + mixers at most of the clubs. You won`t need to pay for the table or the drinks as it is part of the deal the promoters have with the venue.
• Someone at the venue to look after you from outside while you queue up to inside when you are at the table. The organizers will serve you drinks and they will also look at your safety and be available for any emergency.

Being on the guestlist however does not mean “free entry” or “queue jump”, it just mean you have a chance to get in. No guestlist no entry, this is the rule. If you want to skip the queue you will need to book a private table as explained below.
We will see below on the “club entry policy” there are other aspects to consider before going to a nightclub in London.

Around 2009 the figure of the “promoter” or “guestlist provider” in London started to become more than just a way to have fun. The promoter has now become proper profession, a business. Some promoters aggregated with each other and opened companies and website such as Privilege Entertainment. In a nightlife system where “quality” is what clubs want, the promoter companies have the aim to be the broker between the venues and the audience. Promoters and their companies represent in general more than one nightclub. They are the filter of the huge flux of potential clients a club has. Following each club direction they technically do a “crowd control” and arrange guestlist for who they think they will fit the club requirements. Even if the general requirements are the same for almost all nightclubs (see below), the type of crowd that suits a club might not be right for another. The promoters have a very difficult role by telling you that you might not get in to a club but you will at another. They are the ambassadors of the clubs requirements, so do not get disappointed with the promoters themselves but, instead, appreciate their honesty and the fact they can still sort you out at a similar venue.